July babies have the most passionate birthstone of them all: the fiery ruby. With its fierce and romantic hues, there is no gemstone more fitting for summer. If you are looking to learn more about July’s birthstone, keep reading as we explore the ruby’s origins, symbolism and where you can buy ruby jewelry for your favorite July babies.

History of the ruby

The ruby has long been cherished for centuries for its rarity, beauty and ascribed mystical properties. There are records of rubies traveling China’s Silk Road as early as 200 BC. The ruby’s name comes from the Latin word “ruber” which means red. In Sanskrit, the ruby known as “ratnaraj” meaning “king of gems,” a fitting name for a highly coveted gemstone.

In ancient mythology, rubies were believed to have formed from Mother Earth’s blood. Certain cultures believed that sapphires were unripe rubies that needed to be buried in order to mature into a rich red gemstone. Burmese warriors believed that rubies made them invincible in battle and adorned themselves with the gemstone. Medieval Europeans wore rubies to enhance their health, wisdom, wealth and love. Meanwhile in India, rubies were a symbol of youthful energy and power.

Where do rubies come from?

Rubies were originally sourced in Myanmar (formerly known as Burma) where the vibrant and valuable “Burmese Rubies” are produced, also referred to as “pigeon blood rubies”. To this day, 90% of rubies come from this one Asian country. With their troves of high-quality rubies, it comes as no surprise that rubies are the official gemstone of Myanmar.

However in the late 20th century, the Luc Yen region in Vietnam began to mine rubies with purplish hues. And following a military coup in Myanmar in the 1960’s that resulted in inaccessible ruby mines, Thailand and Cambodia took center stage as the main source of rubies for a number of years. Over time, additional ruby deposits throughout the world have been discovered, including in Pakistan, Tajikistan and Madagascar.

There has been no shortage of magnificent rubies throughout history. Below we have listed some of the most outstanding:

Rubies have long been attributed with magical properties and could be fashioned into powerful talismans to protect and enhance the lives of their owners. Today, rubies still hold great symbolism including:

Delight the July baby in your life with timeless ruby jewelry. Find the perfect birthstone jewelry from beloved brands such as Tiffany & Co., Van Cleef & Arpels and Harry Winston at Gemma by WP Diamonds. We make shopping for pre-owned luxury jewelry enjoyable and affordable with prices that at up to 80% off retail.

As an A+ BBB accredited seller with excellent online reviews, you can always feel confident shopping at Gemma by WP Diamonds. With amazing savings, easy monthly payments with our partner Affirm, free US shipping and 14-day return policy, finding the perfect jewelry for everyone born in July has never been easier.

Explore some of our favorite ruby jewelry: 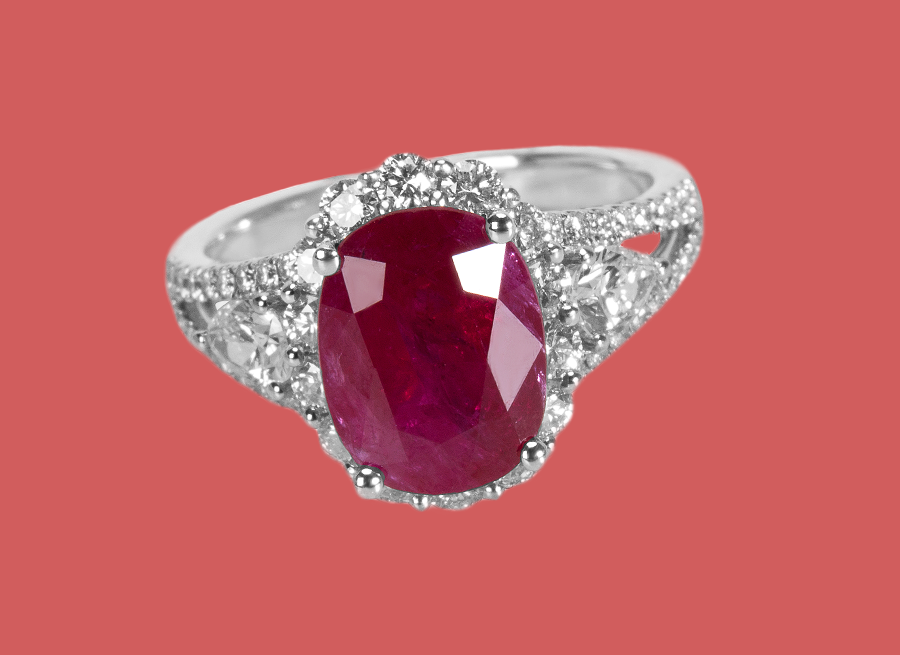