May babies rejoice as your birthstone is the captivating emerald. With its striking yet soothing green hues, there is no gemstone more perfect for spring than the emerald. If you are looking to learn more about May’s birthstone the emerald, join us as we explore the history of emeralds, explain where they come from, their symbolism and showcase our favorite emerald jewelry.

History of the emerald

May’s birthstone, the emerald, has a long history of being celebrated for their beauty and mysticism. In Ancient Egypt, emeralds were mined as early as 330 B.C. Egyptians used emeralds in their jewelry, as symbols of protection and during burial rituals so that the deceased could find eternal life. Cleopatra adored emeralds and claimed ownership of all emerald mines in Egypt during her reign.

The Romans and the Greeks associated emeralds with the goddess of love, Venus and Aphrodite respectively. As emeralds were used to soothe tired eyes, the Roman emperor Nero watched gladiator fights through a large emerald to stay calm. The Moguls of India inscribed emeralds with religious texts that they wore as talismans.

Emeralds were prized by the Incas and Aztecs who used the stone in jewelry and for religious ceremonies. The Incas worshipped a goddess who appeared as an emerald the size of an ostrich egg whose daughters were smaller emeralds. When the Spanish invaded South America in the 1500s, they understood the potential of the emerald which they traded across the world to be used in jewelry for Royals and the wealthy.

Where do emeralds come from?

Today, emeralds can be found all over the world, with Colombia as the largest producer of this gemstone. Emerald’s color can appear in a range of faint to vivid greens, with its value increasing with the richness of the color. There is a limited amount of natural high-quality emeralds on the market, making synthetic emeralds a popular choice. Most emeralds have imperfections, known as inclusions or “jardin” (French for garden), as these inclusions look like branches. A popular treatment for emeralds is to coat them with natural oils to fill inclusions which seeps into the gemstone with great heat and pressure.

There have been countless magnificent emeralds across history. Here are some of the most awe-inspiring:

Throughout history, emeralds have been believed to possess mystical powers. In ancient times, people thought that emeralds could cure illness, sooth weary minds and promote fertility. Furthermore, people would place emeralds under their tongues to see into the future.

Today, emeralds are still imbued with great symbolism including:

Emerald jewelry makes the perfect birthday gift for anyone born in May. Whether you wear emeralds for their rich, earthy colors or to derive strength from it, there is an abundance of emerald jewelry to select from. At Gemma by WP Diamonds we carry a wide assortment of emerald and gemstone jewelry at fantastic prices. May babies can celebrate their birth month with gorgeous emerald jewelry from all of their favorite brands, including Tiffany & Co., Bulgari and David Yurman, at up to 80% off retail prices.

As an A+ BBB accredited seller of pre-owned luxury jewelry, you can always feel confident when shopping at Gemma by WP Diamonds. Our designer jewelry has all been authenticated by our team of experts. Enjoy outstanding savings, easy monthly payments through our partner Affirm, free US shipping and 14-day return policy.

Explore some of our favorite emerald jewelry: 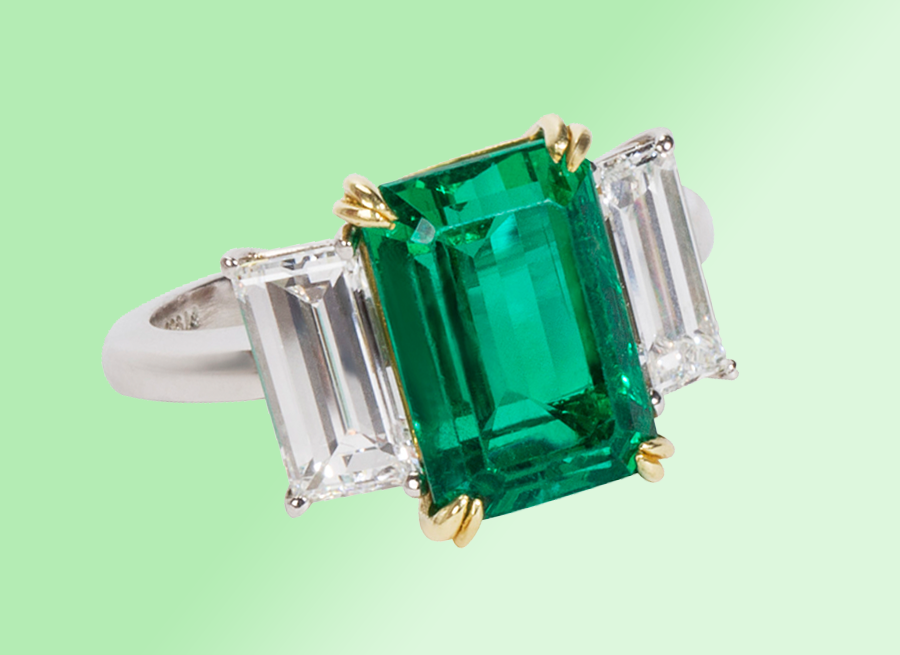