Our strategy was take five of the top luxury watchmakers—Breitling, Cartier, Omega, Rolex, TAG Heuer—and look for the best pre-owned buys in each brand. Right off the bat, that meant saving between 24 and 58 percent off the regular retail price. (In one case, it meant being able to score a gorgeous, diamond-set $11,200 timepiece for less than half its regular retail price.)

But we didn't stop there. Even in the pre-owned market, we were able to apply five additional cost-saving strategies:

Founded in 1884, Breitling built a reputation for accuracy so strong that its timepieces were used by the Swiss police (who relied on a Breitling when they issued that country's first-ever speeding ticket) and then adopted by the nascent aviation industry. Here, we went looking for watches that would communicate that brand heritage, and came up the Chronomat and Galactic, two models that marry sporty, super-functional designs with super-reliable mechanics.

While the name Cartier conjures up with the kind of fabulous high jewelry and dripping-with-diamonds timepieces collected by kings and maharajahs, its steel wristwatches have a more understated chic. Today's young royals, who could afford to wear whatever they want, seem especially fond of low-key (ahem!) steel watches, with women trending toward Cartier: Meghan Markle wears a steel Tank Française and the Duchess of Cambridge is rarely seen without her steel Cartier Ballon Bleu.

Although this Swiss watchmaker can trace its business back to 1848, the brand wasn't widely known in the U.S. until 1961, when President John F. Kennedy wore an Omega to his inauguration. Then, in 1962, a bunch of astronauts went into a store in Houston asking for a watch they could use for their day jobs on the Mercury mission, and walked out with Omega Speedmasters. The following year, after brutal testing against brands like Rolex and Longines-Wittnauer, NASA certified the Omega as "Flight Qualified for all Manned Space Missions.” Soon, Omega watches were racking up other firsts: the watch worn on the first surface expedition to the North Pole, the watch worn on the first lunar landing—and every moon mission after.

The Datejust made its debut in 1945, got the Cyclops lens that magnifies the date in 1953, then added the fluted bezel later in the 1950s—and its looks have remained more or less the same ever since. As the world's first self-winding, waterproof chronometer wristwatch, the Datejust has been the entry point for thousands of buyers who went on to become serious watch collectors—the most classic model from the most classic brand. That's why the discounts you see here—while still substantial—are some of the slimmest on the secondary market. The Rolex Datejust does everything well, including holding its value on the secondary market.

With its strong connections to sports timing—and especially car racing—we looked for a model that would represent TAG Heuer's "don't crack under pressure" heritage, and we came up with the Carrera, a model that debuted in 1964 (the same year that saw the debut of the Rolex Daytona).  Named for the Carrera Panamericana, a race across Mexico deemed so deadly to both drivers and spectators that it had already been discontinued by the time this model debuted, the Carrera has a distinctive case silhouette with big, bold beveled lugs that look like the chronographs TAG Heuer had been making for decades (even when those lugs are studded with diamonds, as they are here). 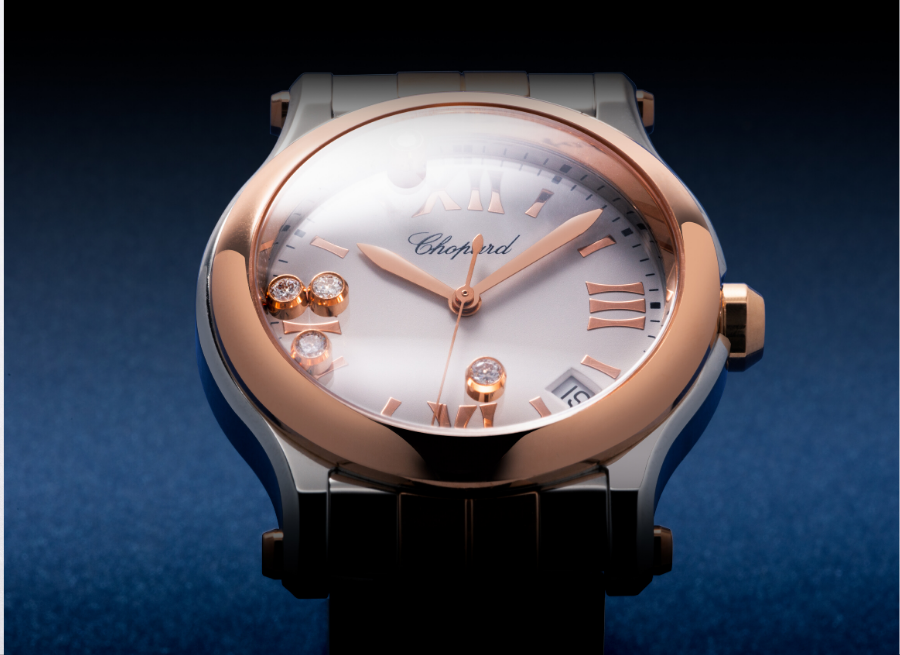 Sought-after styles including Happy Sport, Alpine Eagle, Imperiale, and La Strada from our authenticated, warrantied selection of Chopard watches for men and women.