We all know—and love—Rolex, Patek Philippe, and Breitling. But they are far from the only brands worth wearing and collecting. Here, our guide to less well-known luxury watch brands, focusing on names with the most cachet on the secondary market—as well as the best prices. We all know and love brands like Rolex, Patek Philippe, and Breitling. But they are far from the only brands worth wearing and collecting. Which is why we put together this guide to less well-known luxury watch brands: the names with the most cachet on the secondary market—as well as amazingly affordable prices.

ANONIMO — Combining Italian design with Swiss mechanics, this brand was founded in 1997 and made its name with sturdy, sporty watches, especially its Nautilo and Militare collections.

BOVET — A legacy watchmaker that traces its origins to 1822, Bovet Fleurier is now best known for high-end pieces such as skeleton or semi-skeleton watches showcasing its esoteric complications (e.g., the tellarium, which shows the position of the sun, moon, and stars).

BREMONT — The British brand born in 2002 when a plane crash inspired brothers Niles and Giles English to switch their focus from vintage aircraft to the creation of chronometers. Noted for its special editions for the military—sometimes creating chronometers sold only to service people who have flown in a particular aircraft—as well as collaborations with companies like Jaguar.

CARL F. BUCHERER — Still owned by the family that founded the business in 1888, this Lucerne horologer was the first to develop a peripheral rotor-winding system. Among its most collectible models: TravelTec chronographs that display three time zones simultaneously.

DEWITT — Founded in 2003 by Jérôme de Witt, who enjoys reminding the world that he is a fifth-generation descendant of Napoléon Bonaparte, this Swiss company currently makes only about 1,000 watches a year. Collectors should keep in mind: innovative mechanics, such as its tourbillon differential; and the manufacture of its own dials, which yields a high percentage of customized designs.

F.P. JOURNE — Founder François-Paul Journe was a rowdy adolescent who was sent off to trade school and forced to learn watchmaking, but grew up to become an undisputed star of haute horlogerie. Launched in 1999, this Geneva manufacture owns and controls its entire production process and limits its output to about 1,000 timepieces a year.

FRÉDÉRIQUE CONSTANT — Founded in 1988, this Swiss marque is today best known for (relatively) affordable luxury watches, especially those with the caliber created in-house that Constant calls its “heart beat movement.”

GÉRALD GENTA — Founded in 1969 by the wildly innovative Swiss watch designer Gérald Genta, this brand was initially known for sonneries (including a model that rang out the quarter hours to the tune of  Big Ben). In 2000, Genta sold it to Bulgari, which celebrated the 50th anniversary of the firm in 2019.

GIRARD-PERREGAUX — Although tracing its origins to 1791, this Swiss firm remains best known for introducing cutting-edge complications, such as its Minute Repeater Tri-Axial Tourbillon and its Constant Escapement. Today, its most sought-after models include the Richeville, Vintage 1945, and Bi-Axial Tourbillon.

GLASHÜTTE ORIGINAL — With roots that reach back to 1845, when the Saxon village of Glashütte became established as the center of German horology, this brand creates its own movements and remains so dedicated to the traditions of its craft that it runs its own watchmaking school.

H. MOSER & CIE — Founded in 1828 by a watchmaker who sold to the Russian Imperial Court and wisely relocated after the October Revolution, this Swiss horologer has a reputation for high-concept timepieces with super-clean dials that often do without logos, indexes, and—in the case of its Swiss Alp Concept Black—hands.

MAURICE LACROIX — Founded in 1975 by a Swiss parent company, Desco, that had long been a distributor of other luxury brands, Maurice Lacroix is relatively young in the watch world. That said, the brand is well-placed in the tradition of Swiss watchmaking, creating its own caliber and cases at its Saignelégier workshop in the Jura Mountains.

MEISTERSINGER — Founded in 2001, this German watchmaker is notorious for the idiosyncratic design of its dials, which includes the use of all-double digit indices (01 for 1, 02 for 2, etc.) and single-handed styles.

MÜHLE-GLASHÜTTE — Operated by the Mühle family in the Saxon watchmaking center of Glashütte since 1869, this firm initially made measuring instruments—not timepieces. After the reunification of Germany in 1990, the Mühles returned to making nautical instruments, making  their first wristwatch at a customer’s request in 1995, and thereafter building a reputation for water-resistant and diving watches.

NOMOS — Founded in Glashütte in 1990, shortly after the reunification of Germany, Nomos is associated with Bauhaus-influenced dial designs and hand-wound movements. Today, it is one of the few relatively affordable luxury marques to produce its own calibers.

PARMIGIANI FLEURIER — Using a painstaking process that dedicates at least 400 man-hours to the production of each watch, Michel Parmigiani launched his company in Lausanne in 1996, later gaining a reputation for driving watches—especially collaborations with Bugatti.

PERRELET — Although this Swiss brand traces its heritage to 1777, when Abraham-Louis Perrelet invented his self-winding mechanism, it remained relatively little-known until the 21st century when it began creating watches with mechanics like its distinctive double rotor.

ROGER DUBUIS — Founded in 1995, this Geneva-based watchmaker made its reputation for meticulous mechanics (adhering to the rigorous standards of the Geneva Seal), nonconformist designs (reflected in recent collaborations with Lamborghini and Pirelli), and watches that transformed complications into an art form.

SINN — Founded in 1961 by flight instructor Helmut Sinn, this Frankfurt-based firm initially specialized in chronographs and cockpit clocks and didn’t distribute through retailers until the 1990s. Today, Sinn is still known for pilot chronographs, as well as diving watches made with seawater-resistant submarine steel.

TUTIMA — Established in 1927 in Glashütte, the Saxon village recognized as the center of fine German watchmaking, Tutima made its reputation with sturdy yet highly precise chronographs for pilots and today is best known for its Grand Flieger, M2, Patria, and Saxon One collections.

ULYSSE NARDIN — Founded in 1846, this Swiss watchmaker built its reputation on high-precision marine chronometers, supplying most of the world's elite navies throughout the 19th century, and today is best known as the originator of complications including the Astrolabium and Copernicus.

Where to buy luxury watches for the best prices

At Gemma by WP Diamonds, you can shop our wide selection of pre-owned luxury watches at up to 80 percent off retail. Find everything from a Bucherer Traveltec to a Maurice Lacroix Jour et Nuit—all authenticated by our team of luxury experts. And, if you’re in the market for something to complement your watch, we carry an assortment of used designer bracelets, used designer rings and other pre-owned pieces—all authenticated by our team of luxury jewelry experts.

With our deep discounts, easy monthly payment plans, free U.S. shipping, and 14-day return policy, your opportunity to own one—or more—luxury watches is just a click away. 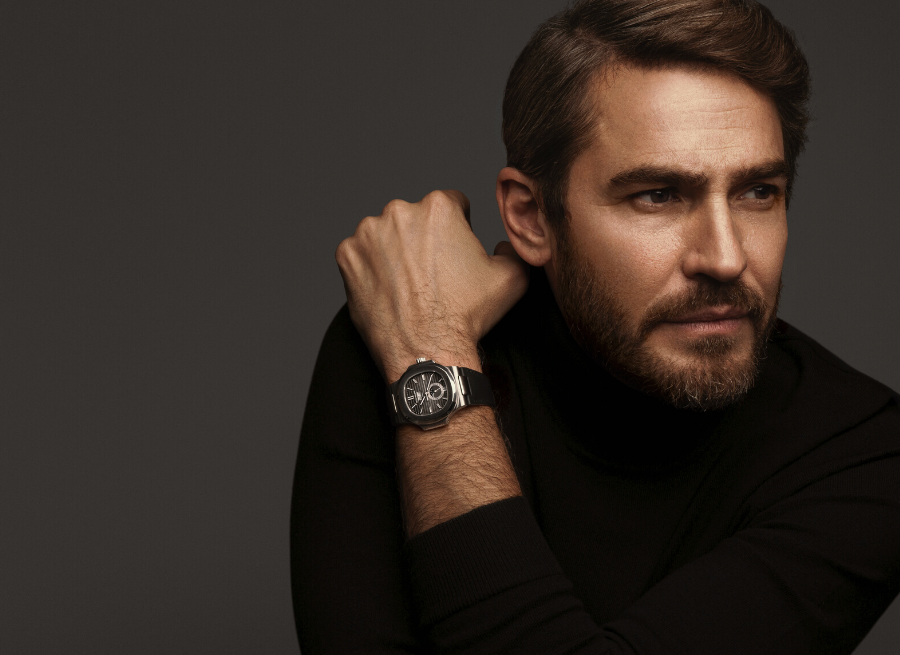 Shop a selection of Patek Philippe watches offered at prices up to 55 percent off retail.