Why is Tiffany's Color Blue?

Just hearing the name Tiffany invokes images of romance, sophistication and their charming blue boxes. From their jewelry boxes, shopping bags and every bit of advertising, Tiffany’s memorable blue color is at the center of the brand’s identity. If you have ever wondered why Tiffany’s color is blue, keep reading to learn just how Tiffany adopted this iconic color and how one shade of blue became synonymous with luxury.

The Origin of the Tiffany Blue

Also known as robin’s-egg blue and forget-me-not blue, Tiffany’s blue color has been part of the brand since 1845, a mere eight years after their founding. While there is no definitive answer as to why Charles Lewis Tiffany picked this exact shade of blue, it is commonly believed that it was due to the popularity of turquoise in Victorian jewelry. Many Victorian brides gifted their attendants a dove shaped brooch made of turquoise on their wedding day. At this time, turquoise was considered an exotic gemstone in America.

In 1845, Tiffany first used this shade of blue on the cover of their Blue Book, an annual printed collection of hand drawn Tiffany jewelry which was sent to valued customers. The Blue Book remains in circulation today, filled with photos of outstanding Tiffany creations which can be enjoyed in print and online. This shade of blue slowly stepped into other aspects of the Tiffany brand, such as its boxes and advertising. Today, blue accents can be found across countless Tiffany’s creations such as in their jewelry, accessories and homeware.

To protect their iconic color, Tiffany trademarked this shade of blue as well as the white satin ribbon they use to tie the boxes and the term ‘Tiffany Blue Box’. Tiffany’s blue boxes are just as much of a cultural icon as the brand itself. Many people have tried to buy empty blue boxes from Charles Tiffany who adamantly refused their offers. Charles Tiffany once told reporters that he would gladly give anyone a blue box as long as their purchased Tiffany jewelry to put in it.

During the filming of Breakfast at Tiffany’s, the jewelry house’s flagship store in Manhattan was featured. Armed guards were hired not only to project jewelry from being stolen, but also the blue boxes. Today, lovers of Audrey Hepburn and high jewelry can rejoice as they can have their own breakfast at Tiffany’s at the Blue Box Cafe which opened in 2017 at their flagship store. Patrons can enjoy food served on Tiffany tableware and even eat a decadent blue box shaped cake.

Tiffany & Co. was founded by 25-year-old Charles Lewis Tiffany and partner John. B. Young in 1837. With a $1,000 contribution from Tiffany’s father, the two set up shop in New York City selling stationery and fancy goods. Their business quickly met success with their clean American style inspired by nature’s simplicity and harmony.

Tiffany went on to receive international recognition at the 1867 Paris World’s fair where they won the grand prize for silver craftsmanship. Tiffany was also the first American company to use the British silver standard of being 92% pure, which was later adopted by the US government. Just three years later, Tiffany was America’s premier silversmith and vender of exquisite jewelry.

Charles Tiffany introduced new gemstones to America through his purchase of the crown jewels of France and Spain, earning him the name, “The King of Diamonds”. In 1878, Charles obtained one of the world’s largest fancy yellow diamonds, which became known as the Tiffany Diamond. This outstanding 128.52 ct. fancy yellow diamond was recently incorporated into a necklace worn by Lady Gaga at the 2019 Academy Awards.

During the 1889 Paris World Fair, Tiffany was praised for having the most outstanding collection of jewels from an American jewelry house. Tiffany’s numerous awards and achievements led to their appointment as the Royal Jeweler for Europe, the Ottoman Emperor and Russia’s Czar. President Chester Arthur even asked Tiffany to redecorate the White House which uses Tiffany China to this day. Tiffany has remained as a jeweler to the royals, A-listers and socialites, with creations adorning the likes of Elizabeth Taylor, Jackie Kennedy, Lupita Nyong’o and Gwyneth Paltrow.

Where to buy affordable Tiffany jewelry?

As a lover of all things Tiffany, you know just how expensive brand-new Tiffany jewelry can be. Shopping for pre-owned Tiffany is a fantastic option for buying jewelry from your favorite designer without ever overspending. At Gemma by WP Diamonds we sell a wide assortment of pre-owned Tiffany jewelry from sterling silver pendants to breathtaking diamond adorned creations, all at unbeatable discounts and authenticated by our team of experts. At up to 80% retail, you can freshen up your jewelry box while staying on budget. We pride ourselves on providing outstanding customer service as well as affordable monthly payment options with our partner Affirm and free US shipping. 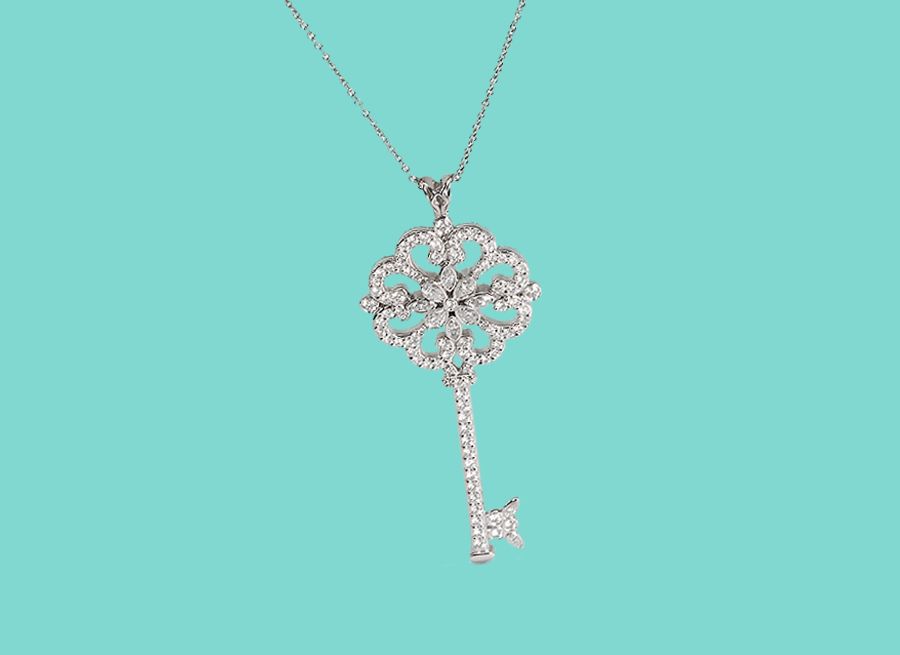